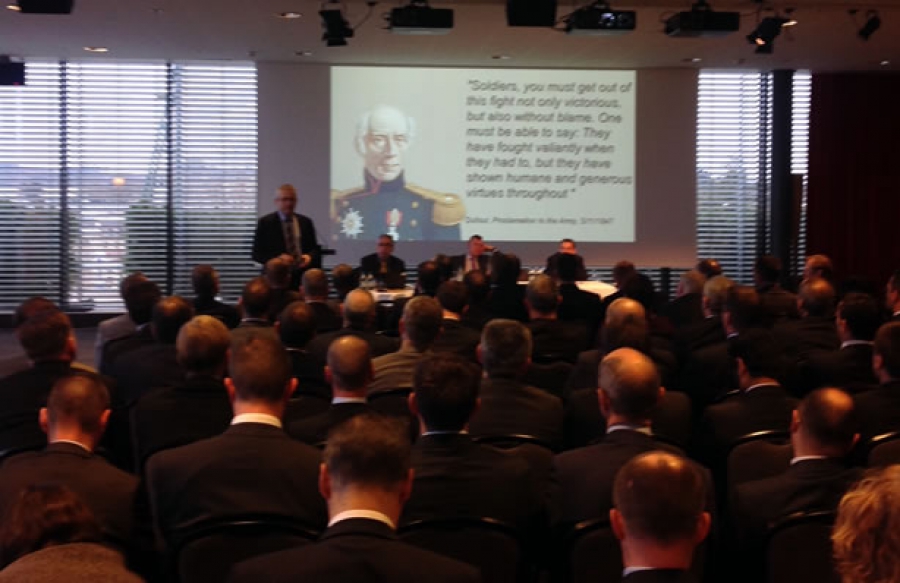 From 31st March to 2nd April 2015, Senior Course 126 visited Switzerland, a long-standing and very active member of the Partnership for Peace (PfP). The visit consisted in two distinct parts, the first focusing on information acquisition and academic insight, and the second with a broader cultural and social emphasis.

The next day [2nd April 2015], the NDC delegation heard four additional briefings: the first about International Geneva and how International Organizations work in Switzerland, delivered by Colonel Christian BÜHLMANN, Head of the Regional Development Programme; the second one dealing with security sector reform, democratic governance, development and the rule of law, presented by Lieutenant General (ret) Michel STOLLSTEINER, advisor of the Democratic Control of the Armed Forces (DCAF) Centre; and the third one about mine action, landmines and beyond, History and Conventions and the role and activities of the Geneva International Centre for Humanitarian Demining ( GICHD), given by Mr Gianluca MASPOLI, advisor of this organization. The session finished with a fourth presentation, also delivered by Colonel Christian BÜHLMANN, about the role of the Geneva Centre for Security Policy (GCSP). The four briefings were followed by a very interesting question and answer period with the three panellists. 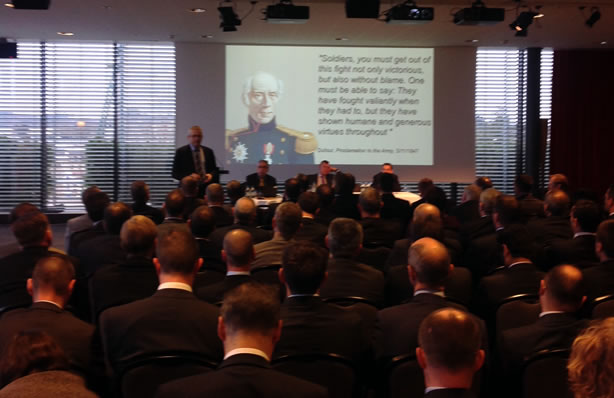