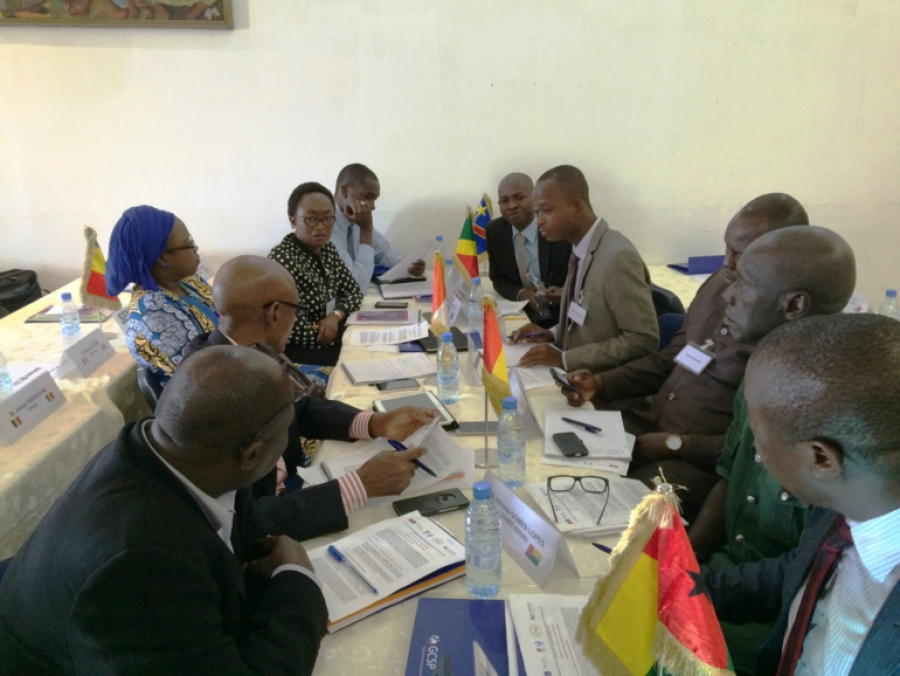 Within the framework of the ATT Network the GCSP organized its sixth executive education course on effective implementation of the Arms Trade Treaty (ATT) from 26 to 30 September 2016 in Dakar (Senegal) jointly with its Senegalese partners (the National Commission on Small Arms and Light Weapons, the Senegalese Armed Forces, and the Centre for Graduate Studies on Defence and Security – CHEDS).

Some 47 participants took part in this course delivered in French. They were both civilian and military officials as well as representatives of civil society organisations from 14 African countries (Burkina Faso, Burundi, Cameroon, Chad, Comoros, Congo, Côte d’Ivoire, Democratic Republic of Congo, Guinee, Guinee-Bissau, Mali, Niger, Senegal , and Togo). The course was made possible by financial support from UNSCAR, the French Ministry of Foreign Affairs, the Organisation Internationale de la Francophonie (OIF), and Switzerland. The speakers, from Amnesty International, GCSP, the Dakar Bar of Lawyers, UNODC, Senegal’s Armed Forces, the French Ministry of Defence, the Senegalese Ministry of Justice, the Economic Community of Central African States (ECCAS), CHEDS, and the ICRC, addressed the following topics: the global and regional trends of the international conventional arms trade, the history of the ATT, the scope of the Treaty, its relationships with other global and regional arms control instruments, prohibitions and evaluation of transfers, gender-based violence, international cooperation and assistance, transit and transshipment, record-keeping and reporting, domestic legislation, the role of regional organisations, import controls, the role of civil society organisations, and the view of the ICRC on prohibitions or evaluation of transfers. The participants also worked on a number of simulation exercises and case studies (on brokering and diversion, risk assessment, and the various norms in the ATT).