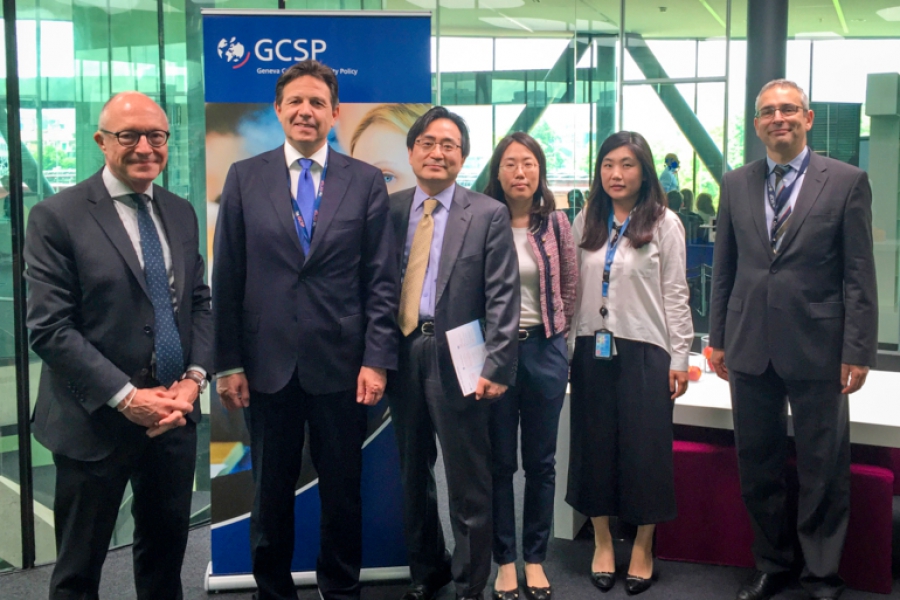 The GCSP and the Institute of Foreign Affairs and National Security (IFANS) of the Republic of Korea held the third round of Swiss-South Korea Security Seminar in Bern, on 9 May 2016.

The one day Security seminar examined the status of inter-Korean relations in the context of the current standoff and  the nuclear non-proliferation in the context of recent nuclear and missile tests and subsequent sanctions regime.

The seminar also looked at the challenges presented by the refugees crisis in Europe and the Middle East as well as these facing the counter-terrorism in Europe in an environment of raising violent extremism. The participants had very substantive and candid exchanges, in a friendly atmosphere, on these very sensitive issues for the Korean Peninsula and Europe.

The next day, IFANS' delegation visited the GCSP in the Maison de la paix, upon invitation of Director Christian Dussey, who offered an extensive presentation of the Centre.

Both institutions agreed on the necessity of pursuing this constructive dialogue and the need to further extend cooperation in the fields of education, dialogue and analysis. GCSP has already hosted an IFANS visiting fellow for six months until January 2016, while IFANS participated in the yearly Zermatt Roundtable on Current Security Issues in the North Pacific Region jointly organised by the GCSP and the Swiss Federal Department of Foreign Affairs.