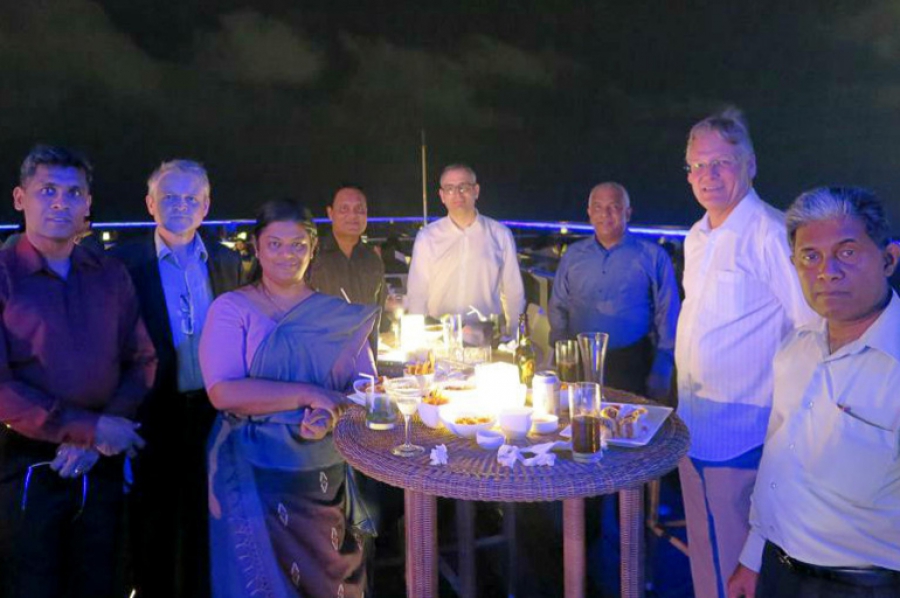 An informal gathering of the GCSP alumni was held in Colombo, Sri Lanka on Friday, 11 March 2016. GCSP

An informal gathering of the GCSP alumni was held in Colombo, Sri Lanka on Friday, 11 March 2016. Eleven participants, among them Chief of Defence Staff of Sri Lanka, Air Chief Marshal K A Gunatilleke, took part in the meeting.

The alumni represented different ministries and universities of Sri Lanka. Colonel Christian Bühlmann, Head of the Regional Development Programme, Colonel Urs Amiet, Defence and Diplomacy Cluster responsible, as well as Mr Thierry Randon, Senior Programme Officer, represented the GCSP. The informal gathering provided an opportunity for Alumni to meet each other and share how their "GCSP experience" enabled them to grow personally and professionally. It was impressive to hear about the achievements each of them has accomplished following his and her studies in Geneva. With the organisation of a Defence Attaché Orientation Module for South and South-East Asia in Colombo next December, the number of GCSP alumni in Sri Lanka is due to increase steadily over the coming years.