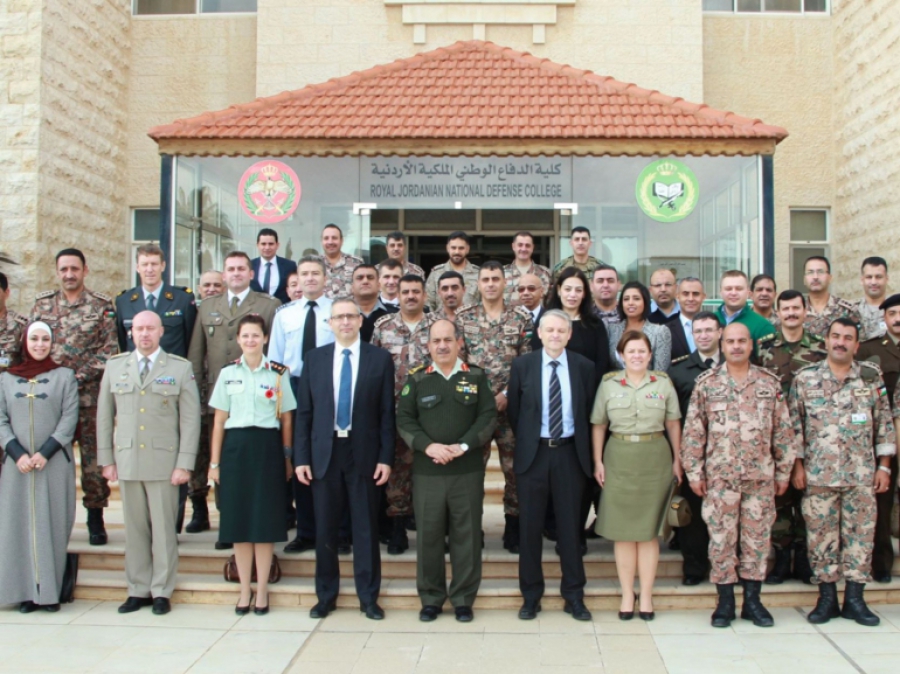 Following the success of the eight previous years’ training course, the GCSP organised for the ninth time, in collaboration with the Royal Jordanian National Defense College in Amman, a five days training course for military officers and civil servants involved in International Relations in the Middle East and North Africa (MENA).

The GCSP, thanks to funding from the Swiss Federal Department of Defence, Civil Protection and Sport - International Relations Defence (DDPS, IR D), conducted very successfully the “9th Defence Attaché Orientation Module, Training Course in Diplomacy and Security Policy for Military Officers and Civil Servants Involved in International Relations” in the premises of the Royal Jordanian National Defense College in Amman from 8 to 12 November 2015.

This orientation module was greatly appreciated by acting and future Defence Attachés as it provided a good overview of the multitude of activities such a position entails, as well as an opportunity to exchange views and experiences.

Lead by Colonel Urs Amiet, Senior Programme Advisor, Regional Development Programme at the GCSP, the course reached all its aims, which were:

The participants underlined the excellence of the module, the quality of the content, as well as the added value of contacts with participants from the region and beyond.