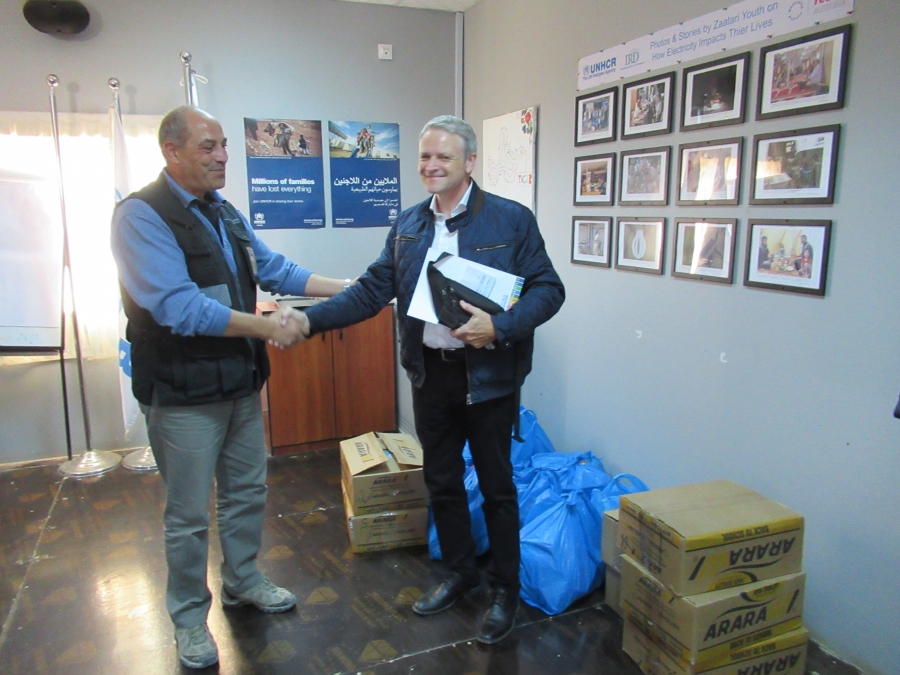 As a practical part of the 12th Defence Attaché course in Amman, participants visited the Zaatari Refugees Camp as part of a simulated DA tour.

During the visit, Colonel Urs Amiet, Senior Programme Advisor at GCSP and DA course director, offered notebooks, pens, pencils and other schooling items to Mr Mohammed Al Taher, the UNHCR Liaison Officer. The gifts will be given to pupils in the camp schools.

The gifts were offered by GCSP staff and participants of the DA course who donated to support the teaching activities in the camp. The UNHCR representative thanked the donators for their generosity, while underlining the challenges of education, among others, at the camp: more than 15’000 children are taught in the camp’s 29 schools.

The Zaatari Camp, located near the Jordan-Syrian border, was first opened in July 2012. It currently hosts more than 80’000 Syrian refugees who fled their country after the beginning of the Syrian Civil War.