[REPOST] - Roundtable on the situation in the Korean Peninsula 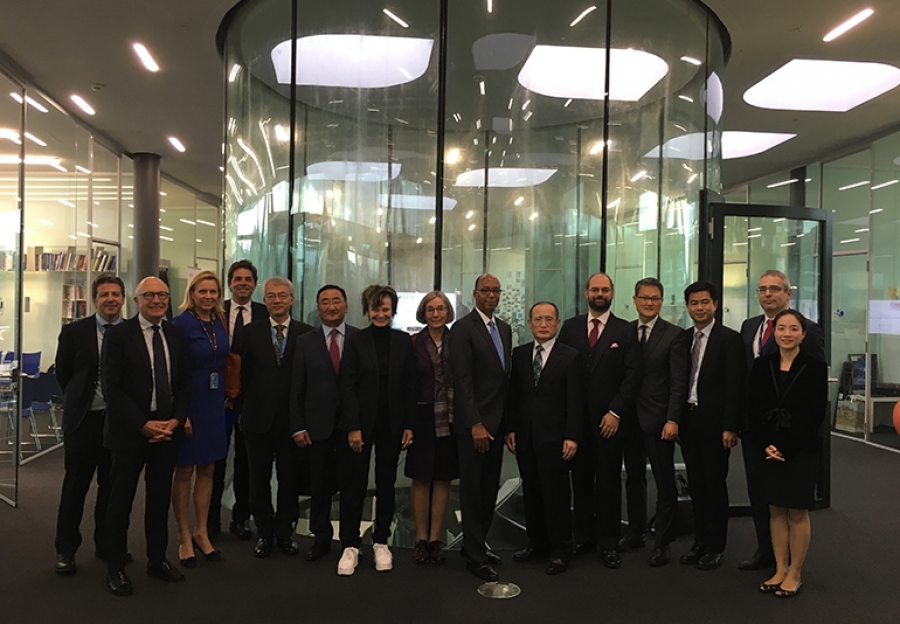 Participants to the Roundtable GCSP

On September 27th, the Geneva Centre for Security Policy (GCSP), in conjunction with the Permanent Mission of the Republic of Korea, hosted a closed-door Roundtable on the situation on the Korean Peninsula. A dozen of high level participants, amongst them several Permanent Representatives to the UN Conference on Disarmament, as well as Ms. Micheline Calmy- Rey, Former Swiss Foreign Minister, attended this meeting. The positive developments in the Korean Peninsula, as well as the enduring challenges, were discussed.

Mr. Alain Guidetti, Senior Diplomatic Advisor at the GCSP chaired the session and Ambassador Lee Jangkeun, Head of the RoK Delegation to the Disarmament Conference welcomed the roundtable and its timely occurrence. He also stressed the importance of the current negotiation process, while thanking the GCSP for its role in supporting peace and security in Geneva and abroad.
Ambassador Wi Sung Lac, special guest of the roundtable, former South Korean Chief negotiator in the Six-Party Talks and Special representative for the Korean peninsula peace and security affairs, described the key changes that happened in less than one year. He also explained their merits and consequences for the regional stability and addressed the way ahead. The discussion among participants addressed the opportunities and potential risks associated with the peace process in the Peninsula.
The participants enjoyed the discussion and welcome the positive role of GCSP in hosting such a meeting, which is in line with the dialogue promotion policy of the organization.