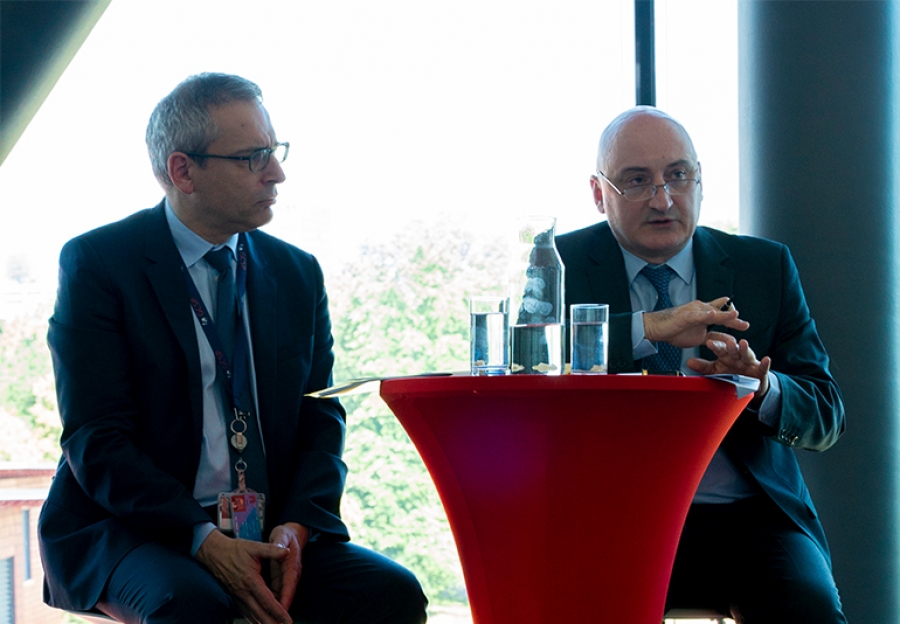 On Friday, 22 June, the GCSP and the Permanent Mission of Georgia jointly organised an Executive Breakfast Discussion with H.E. Mr David Dondua, Georgia’s Deputy Minister of Foreign Affairs, and Head of the Georgian Delegation to the Geneva International Discussions on the Russia-Georgia conflict. The aim of this Executive Breakfast Discussion was to provide an update on the current situation in Georgia’s contested territories, the current dynamics of the Geneva International Discussions (GID), and the steps undertaken by the Georgian Government in the field of conflict resolution. [It was moderated by Col Christian Bühlmann, Head of the Regional Perspectives Programme.]

The event, held under Chatham House rule led to constructive and thought-provoking discussions on a wide range of topics related to conflict resolution in Georgia, the challenges that this process is facing, and possible ways forward. Following the crisis in and around Ukraine and the war in Syria, the international attention has been drawn away from this region. Thus the discussion on two important lessons: (1) the importance of the GID, which provides the only discussion forum between the participating parties, and (2) the urgent need to elevate the conflict between Russia and Georgia on the international agenda.
Around twenty participants from several Geneva-based Missions, including five Permanent Representatives, were present, and engaged actively in the discussion.