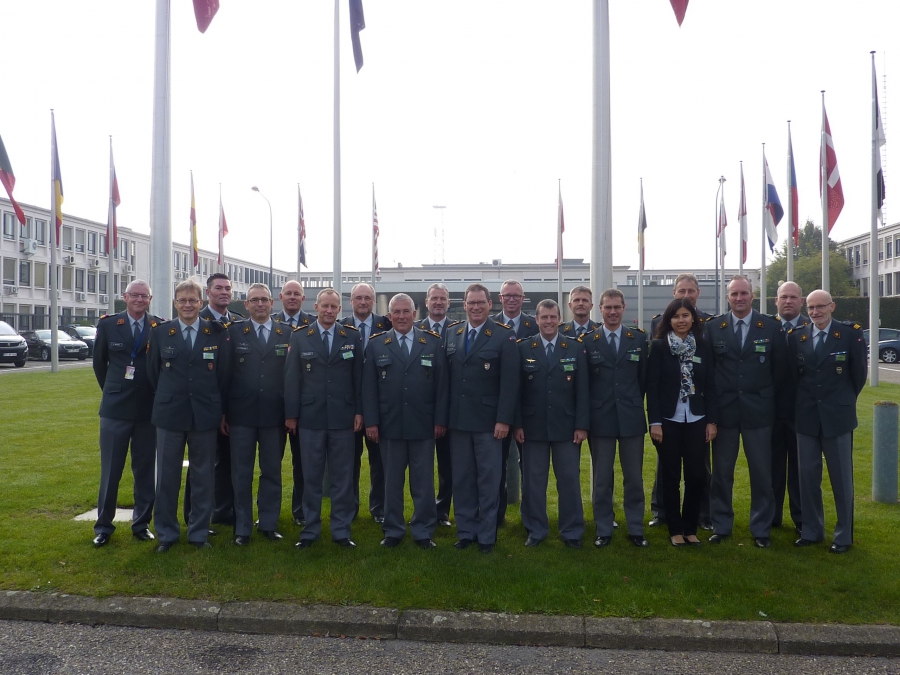 Training high-potential military officers to cope with their future challenges is an important task for the Swiss Armed Forces. The new Advanced Education Training Course 3 (Weiterausbildungslehrgang 3 – WAL 3), an 8-week module organized by the Swiss Military Academy (MILAK), is part of this approach.

The GCSP has been tasked to organize a one-week segment dedicated to the international context. The course director, Colonel (GS) Christian Bühlmann, Head of the Regional Perspectives Programmes, focussed the module on International Organizations relevant to Swiss Security. He was expertly supported by Ms Mélanie Chaves.

From 25 to 29 September 2017, the GCSP welcomed a group of Brigadier Generals and Colonels superior and general Swiss military officers in Geneva and Brussels. This module was organised in collaboration with Mission of Switzerland to NATO, the Embassy of Switzerland to EU, the embassy of Switzerland to the Kingdom of Belgium, and with the efficient support from the Belgian Royal Higher Institute for Defence at the Royal Military Academy in Brussels.

The participants discussed the Swiss Armed Forces International Relations and its multilateral and bilateral instruments. In Brussels, they were briefed on the Swiss relationships with NATO, on NATO HQ and SHAPE activities, on the EU Security and Defence Policy, and on the current Belgian Defence Policy and Capability developments. The lecturers were challenged by the participants in critical, yet fair and sensible, question and answer phases.

Among many high-quality speakers, the participants had the honour and the pleasure to hear and interact with the Director General of the EU Military Staff, Lieutenant General Esa Pulkkinen. An alumnus of the GCSP’s 10th International Training Course (ITC, the precursor of the Leadership in International Security Course – LISC), General Pulkkinen highlighted the importance of the GCSP training for his international Career.

Under the supervision of Director MILAK, Brigadier General Peter C. Stocker, the participants will continue their training in Birmensdorf, Kriens, and Berne.