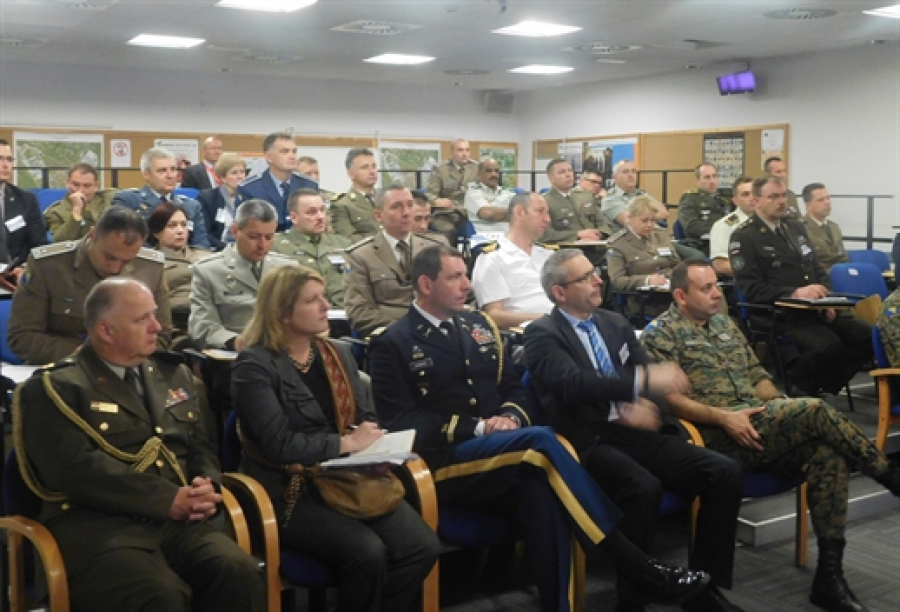 Participants and guests to the 6th DA orientation course in Sarajevo, 25.5.2017 PSOTC.org

PSOTC was privileged by having a unique opportunity to host prominent lecturers on the Defence Attaché Course being delivered and run at PSOTC on 25th May 2017.

The Ambassador of Croatia to Bosnia and Herzegovina H. E. Mr. Ivan Del Vecio accompanied by the Defence Attaché Col Marin Gregorović, the Deputy Chief of Mission, US Embassy in Bosnia and Herzegovina Mr. Paul Horowitz accompanied by the Defence Attaché Col Mark M. Karas and Representative of the Ministry of Foreign Affairs Ambassador Damir Džanko took part of a Panel: “What Can/Does the Ambassador Expect from his/her Defence Attaché?”. During panel session Ambassadors shared their significant experiences with participants with an emphasis on the new role of the Defence Attaché because changes in the security environment since the end of the Cold War have made the DA’s role considerably more challenging and given him/her a key role in national defence diplomacy. The PSOTC Commandant, Colonel dr. Jasmin Čajić expressed his gratitude to the guests for their commitment what additionally contributes to preserve reputation of the PSOTC as a respected institution for training and education.